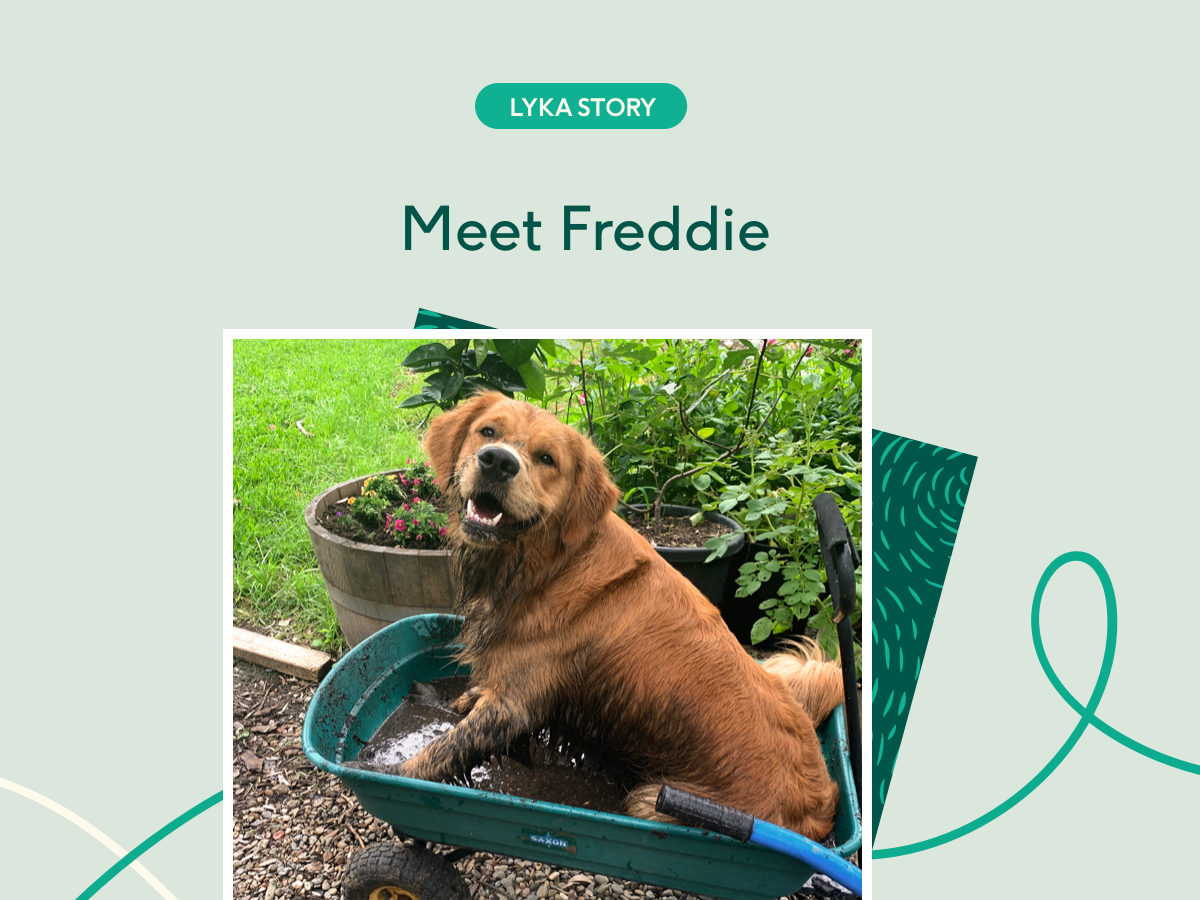 Much loved and much wanted, Freddie was a surprise almost twenty years in the making! Now, we have to warn you – your heart may melt reading this story, just saying….

Welcoming Freddie to the family

“We hadn’t had a dog in our family for over twenty-five years, and after years of continual hounding from our youngest son, Stephen, we decided it was the right time.”

It had always been Stephen’s dream to have a Golden Retriever – who can resist that gorgeous golden fur, long licky tongue and loving nature – so, whilst Stephen was on holiday overseas with his girlfriend Brooke in February 2020, his family put their plan into action.

Freddie joined the family as an eight-week old pup, and just one week later, Stephen arrived home to the shock – and surprise – of his life.

“On the afternoon Stephen arrived home, we hid Freddie in the backyard with our other son Mitchell whilst Stephen came inside to tell us about his trip. Mitchell then carried Freddie around the side of the house and up to the front door. He rang the doorbell and we asked Stephen to answer, telling him it was the dinner delivery. Stephen opened the door to Mitchell and Freddie, and just burst into tears. It was priceless. We actually videoed the moment and it makes me cry every time I watch it, it was such a gorgeous reaction.”

As a super friendly, food-driven Goldie, he was very easy to train, with his new family teaching him the tricks of the trade – sit, down, come, heel, roll over, shake, high five, and all the rest.

“If I do a training session and he’s really hungry, he gets so excited and does three or four tricks all at once even before I ask him to, just so he can get a treat – he’s such a funny fellow.”

The antics of fun, friendly Freddie

Life is never dull with Freddie around, and you can catch him pulling all the iconic Goldie moves, including sleeping on his back with his legs spread apart, sitting on the edge of the couch with just his front legs on the floor, leaning on a wall or available leg, putting his face on someone’s knee when he wants a sneaky treat, playing with his favourite soft toys, or enjoying a good old belly rub. And he loves the water, whether it’s swimming in the family pool or at the lake near their Forster holiday house, Freddie can’t get enough.

“He has a habit of trying to ‘save’ us if we swim with him. He’ll swim over and grab your hand or arm in his mouth and try to pull you to safety.”

This gorgeous boy also knows how to entertain his family and often has them in stiches with his hilarious antics.

“We were at our holiday house in Forster, and as we were feeding the ducks from the jetty, Freddie came running down from the house, jumped straight into the canal, and swam around chomping up all the bread – it was absolutely hilarious!”

From kibble to raw

Freddie spent most of his puppyhood eating kibble, as well as a little meat and veg, before moving onto a raw diet after his fur mama read about it on a Golden Retriever Facebook page.

“Unfortunately, Freddie was unable to tolerate raw food – it was causing him to vomit and suffer from diarrhoea. As I’ve learnt, Goldies are notorious for having sensitive tummies and sensitive skin, so I started home cooking his meals, but it was very time-consuming at dinner when I was trying to get the family meal organised as well, and the smell of the raw food being cooked was just awful.”

At one of Freddie’s vet visits, his fur mama was told about Lyka and the lightly cooked meals on offer.

“I tried Lyka on recommendation from my vet after discussing the issues Freddie was having on a raw diet. He suggested I look at Lyka because it was a lightly cooked diet and had all the necessary vitamins and nutrients.”

Jackie learnt that although a raw diet is popular amongst many dog owners, it’s not always a healthy choice, and it wasn’t working for her beloved Golden Retriever.

“The vet explained that a raw diet can make dogs very sick from the bacteria levels in the raw meat. So, he gave me Lyka’s details and I signed up for a Starter Box and haven’t looked back, Freddie loved it from day one. I have since recommended it to a friend with a five-year old Labrador named Zac, who was having trouble with his weight – she said he loves the food and is at a great weight now, too!”

At Freddie’s desexing appointment, he had been on Lyka for a few months, and his fur mama was thrilled when she was told that he was in peak condition and an absolute picture of health for a Goldie.

“He has fantastic muscle tone, his teeth are beautiful and white, and I hardly have to worry about trying to clean them. His skin is healthy, never any dryness, which a lot of Goldie owners complain about. His coat is beautiful and shiny, and he never gets that ‘doggy’ smell.”

At fourteen months old, Freddie is full of beans, a great weight and living his best Goldie life.

“Freddie’s digestion is great, he’s had absolutely no issues whilst he’s been on Lyka and his poos look great. He has so much energy and eats all the recipes with gusto – he loves the new Turkey Bowl!”

Curious about how Lyka can help your pup?

A convenient dog food subscription service, Lyka is made for all life stages, and contains all the necessary nutrients needed to live a healthy, happy life.

With four recipes on offer, all of which contain powerful and purposeful ingredients, you can completely customise your pup’s meals based on their breed, weight and activity level. The meals are delivered straight to your door and frozen for freshness. Our pups are like family it’s only fair that they eat like it, too!

Click the link below and start your Lyka journey today. 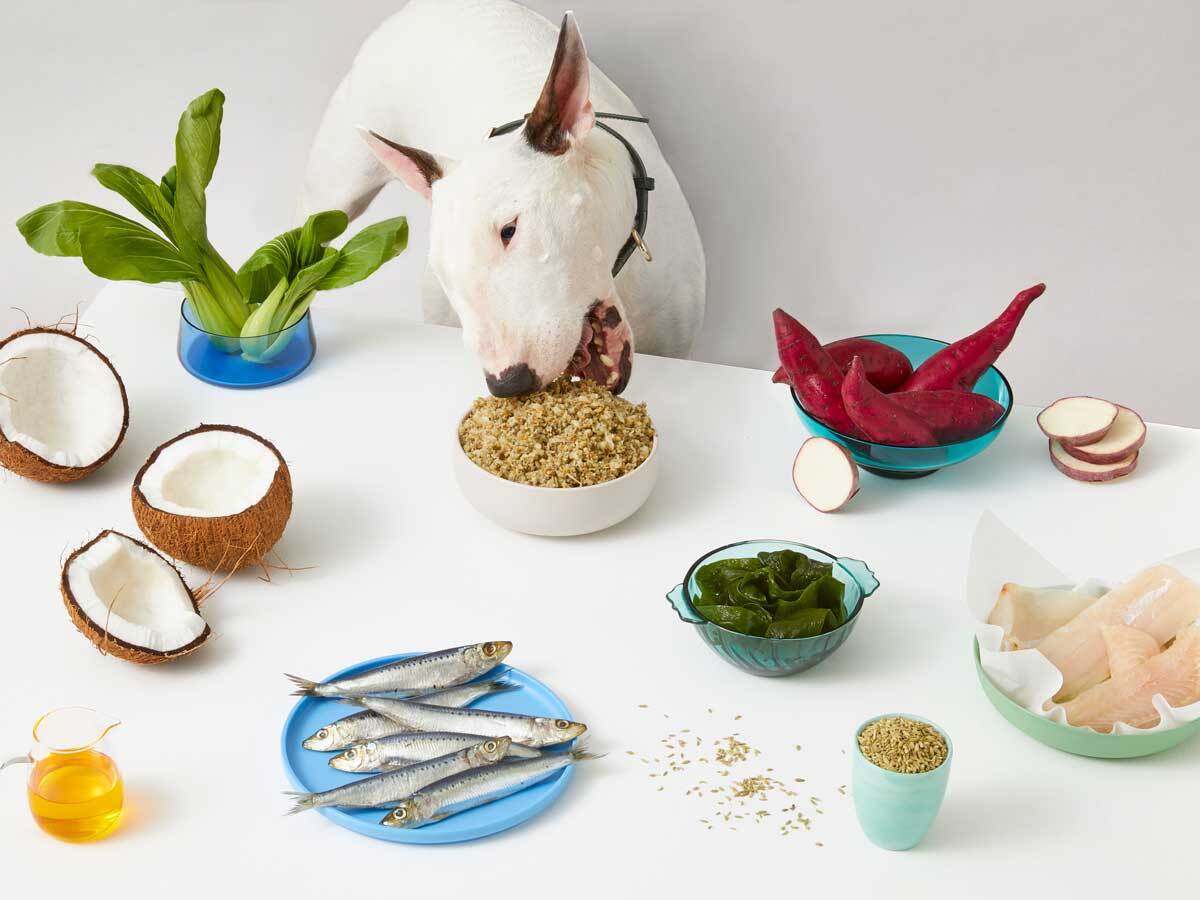 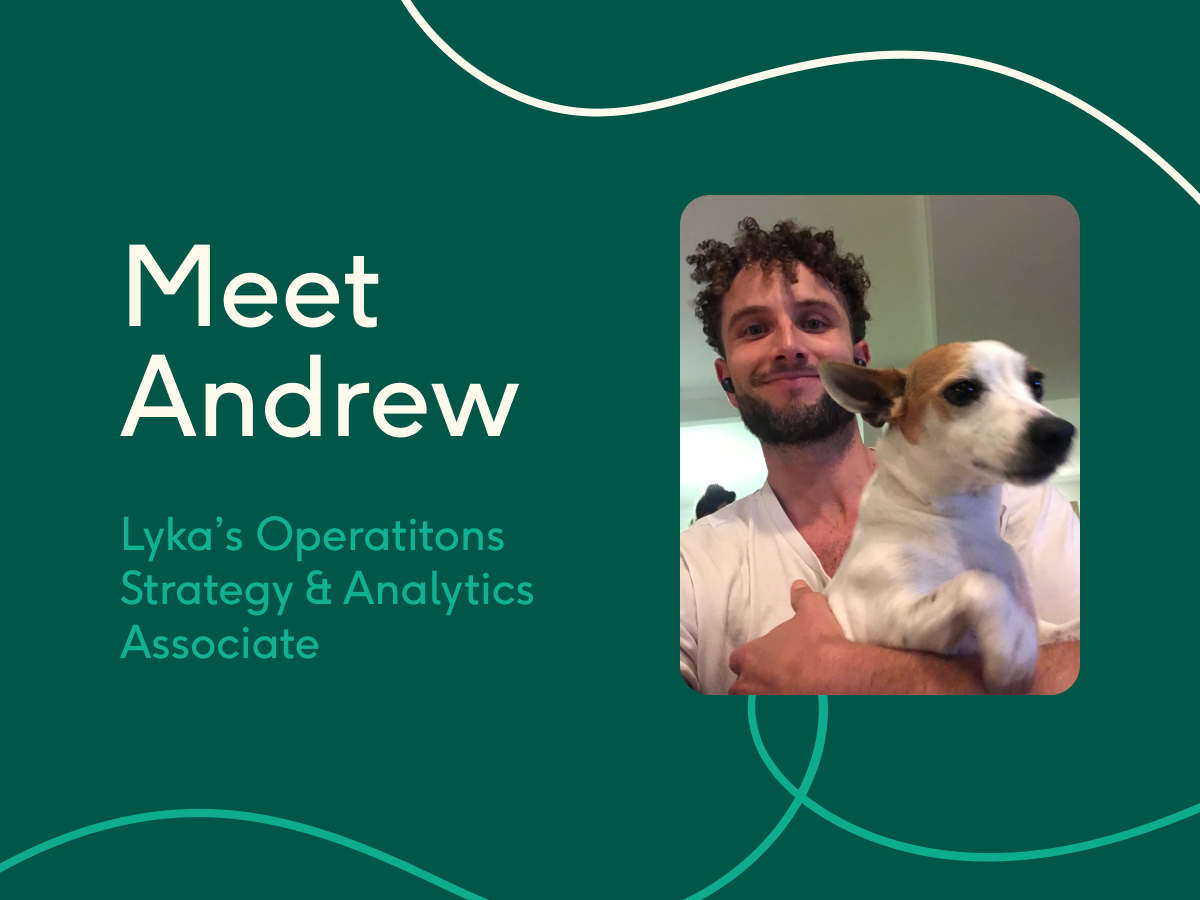 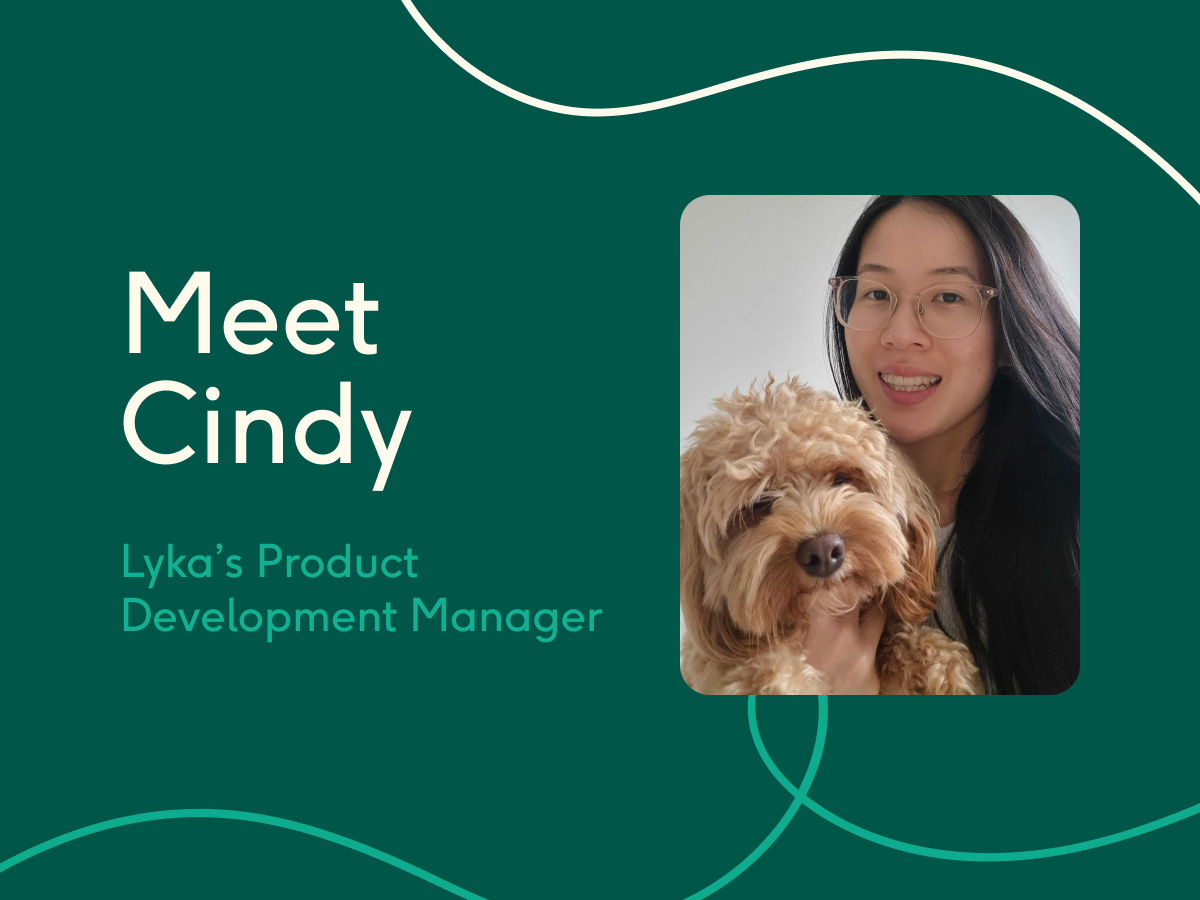